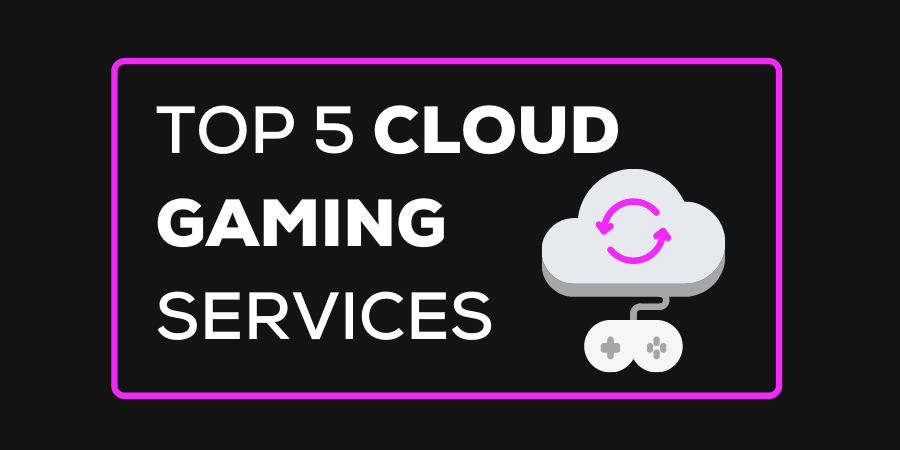 As our entertainment package includes both an NVIDIA SHIELD and ZYBRE Games membership, we thought why not combine the two together and the Top Five Cloud Gaming Platforms on the Android TV Media Player itself from our favourite to well…. our least favourite.

Stadia offers some of the biggest AAA games like FIFA 22 and Far Cry 6, however, majority of the games require individual purchase. The platform does have an option for a pro membership, where you can access free to play games, though is very limited. 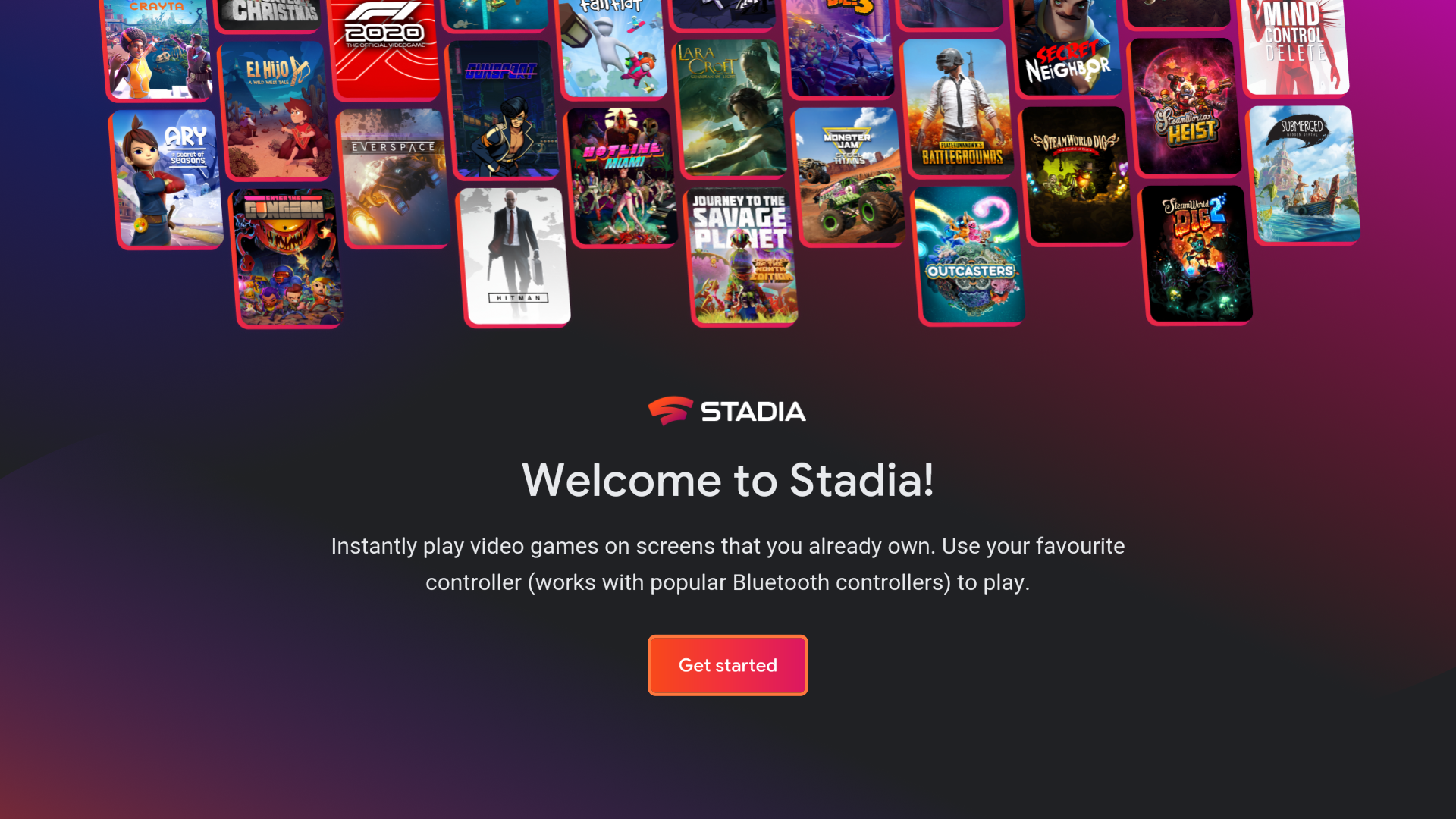 Like Stadia, Boosteroid also includes some of the biggest games on their platform like GTA5, Call of Duty: Warzone and FIFA 22. Their powerful remote servers gives direct access to these games, meaning like you don’t need to waste time on downloads or updates. 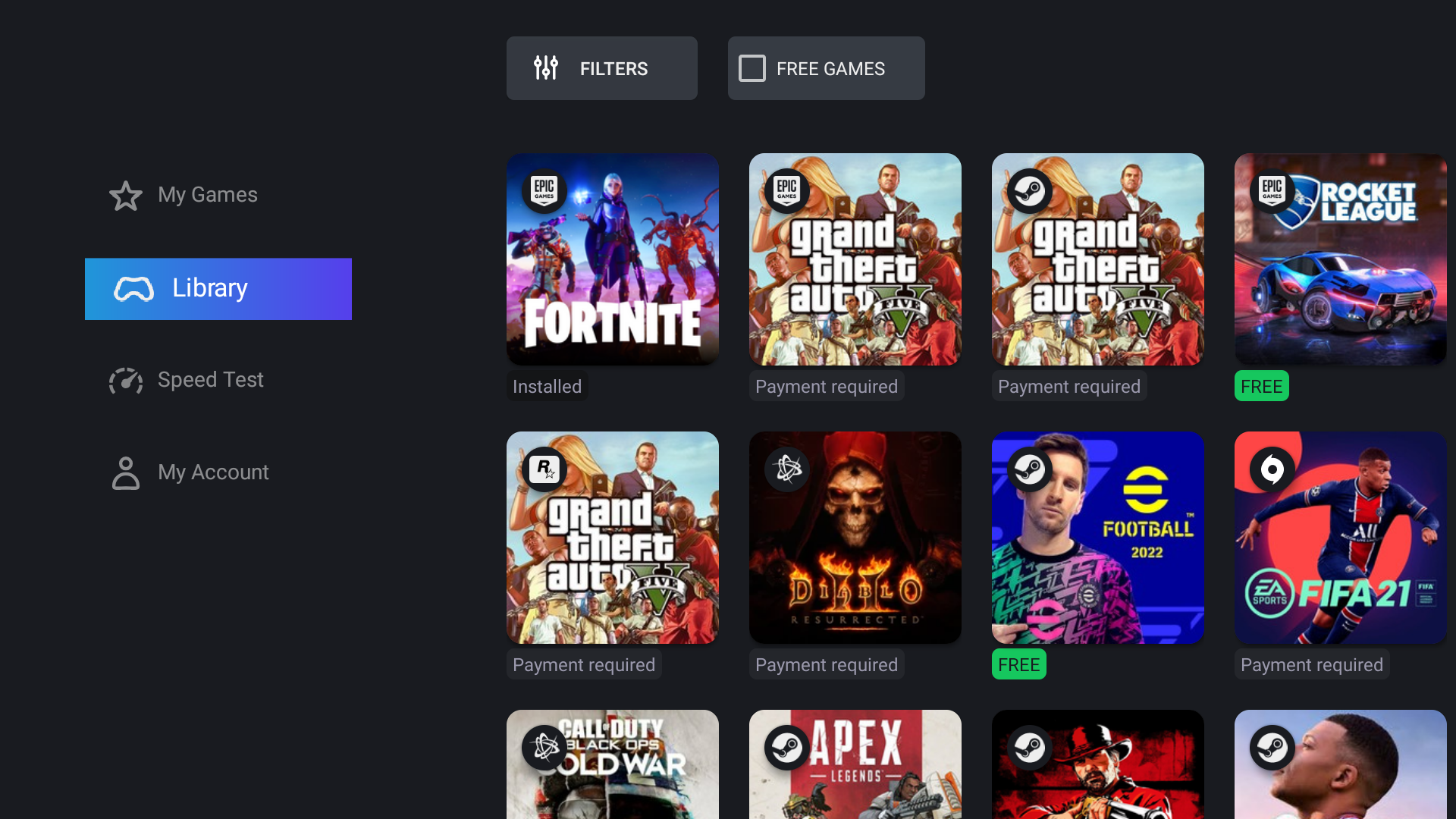 Probably the platform that differs the most from the others, but offers something completely different and unique when it comes to cloud gaming. Built for friends and family, the platform offers 180+ games of fun multiplayer entertainment that is great for a gaming night. Play games like Pool Party, Never Have I Ever or even 8 Ball Pool. 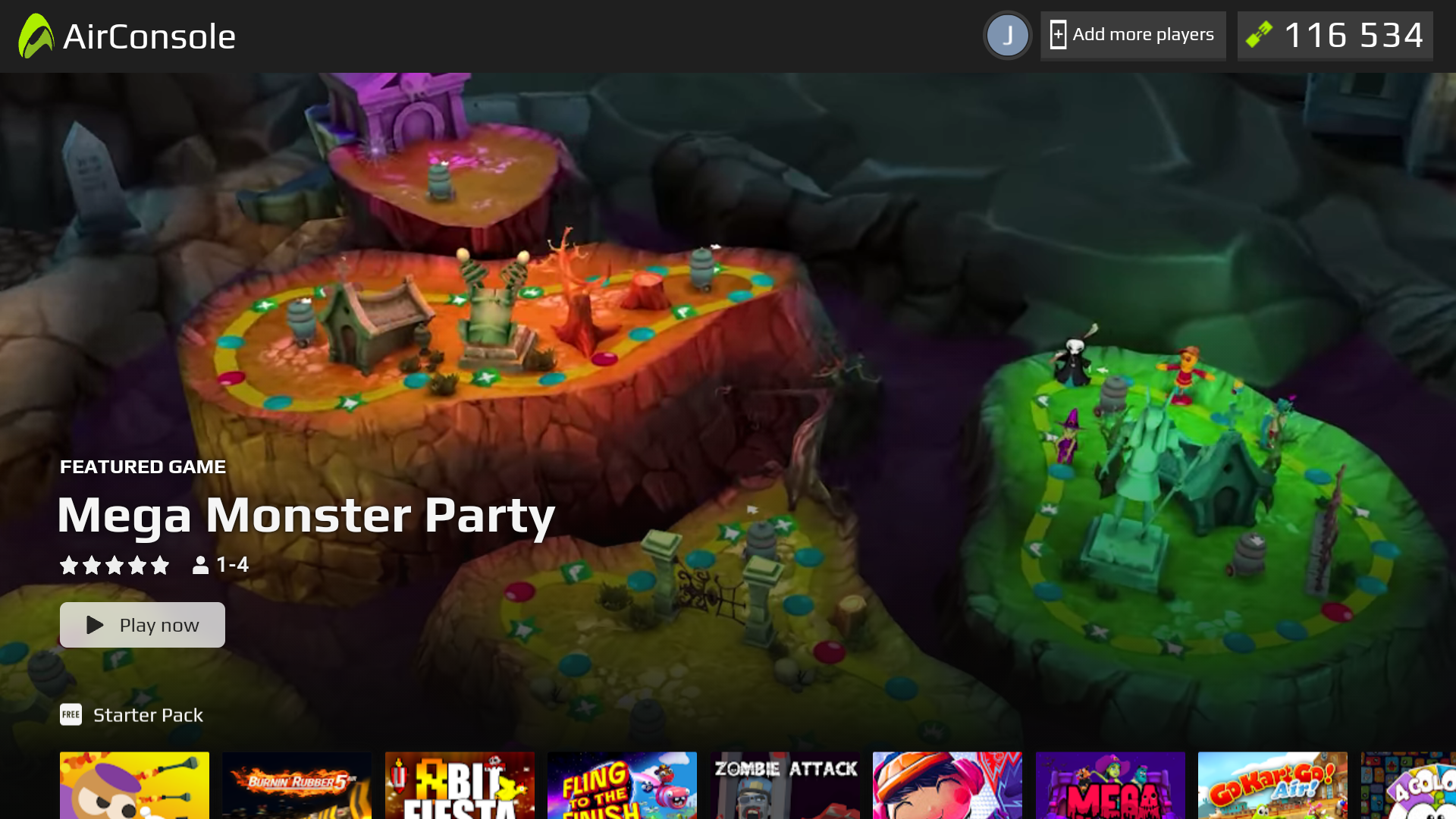 We can’t add our own cloud gaming platform without ranking it high on the list, so we’ve put it at number two. Right now the platform consists of 200+ free to play games for users, with the library targeted to everyone, friends, families and the typical gamers. But, whilst the platform has a lot to offer now, there’s still even more in the pipeline that’s going to make ZYBRE Games even better. 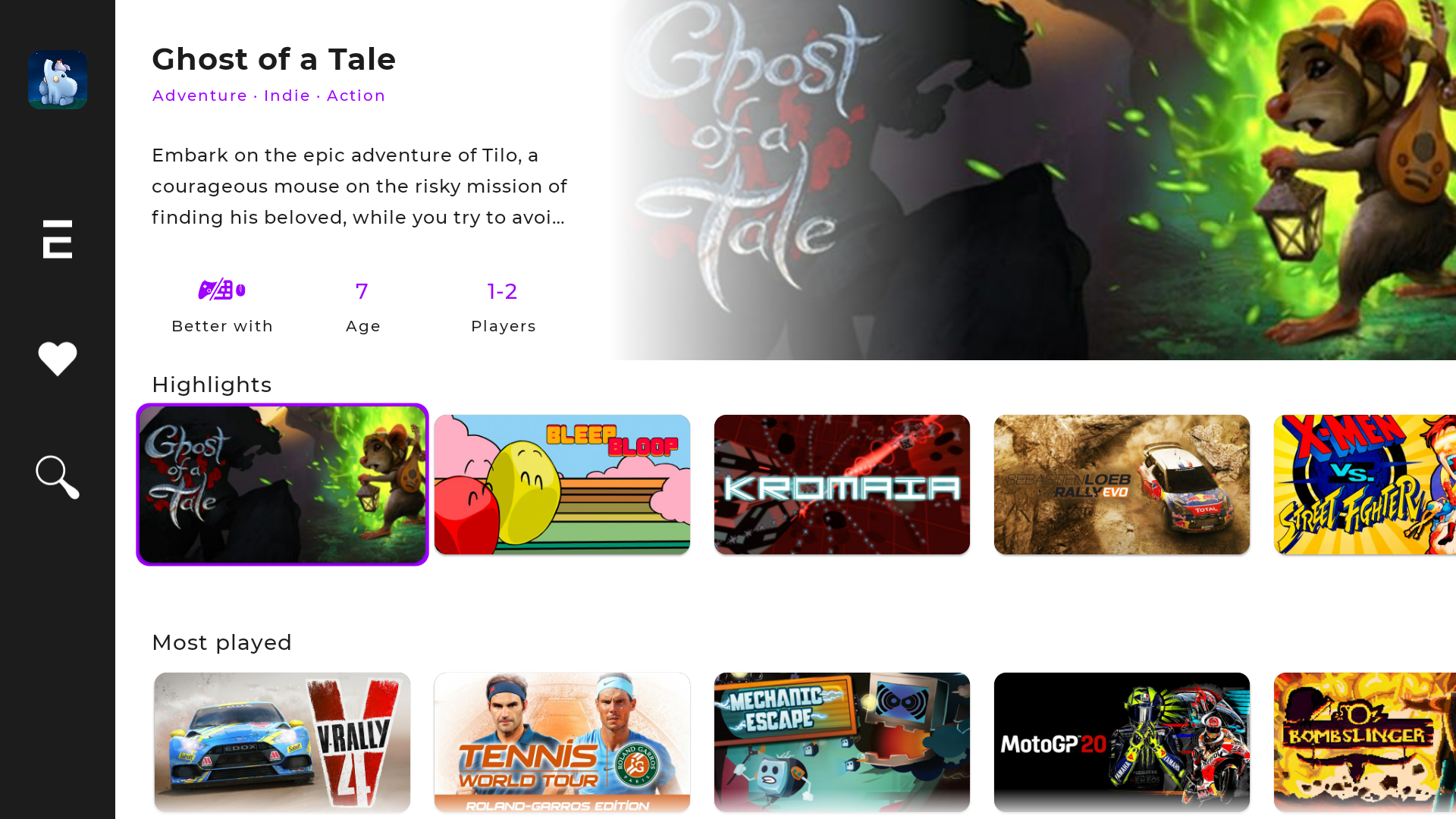 Well it kinda makes sense that NVIDIA GeForce NOW is at the top of platforms inon the NVIDIA SHIELD, I mean they’re made by the same company. However, regardless of that the service is at the very top when it comes to high quality gaming, with its low latency and 4K 60 FPS streaming. Operating with a library of over 1000+ games, the platform connects to game stores such as Steam, Epic Games and Ubisoft Connect, meaning you can access the library of games you already own such as Far Cry 6 as well as 80+ free to play games. 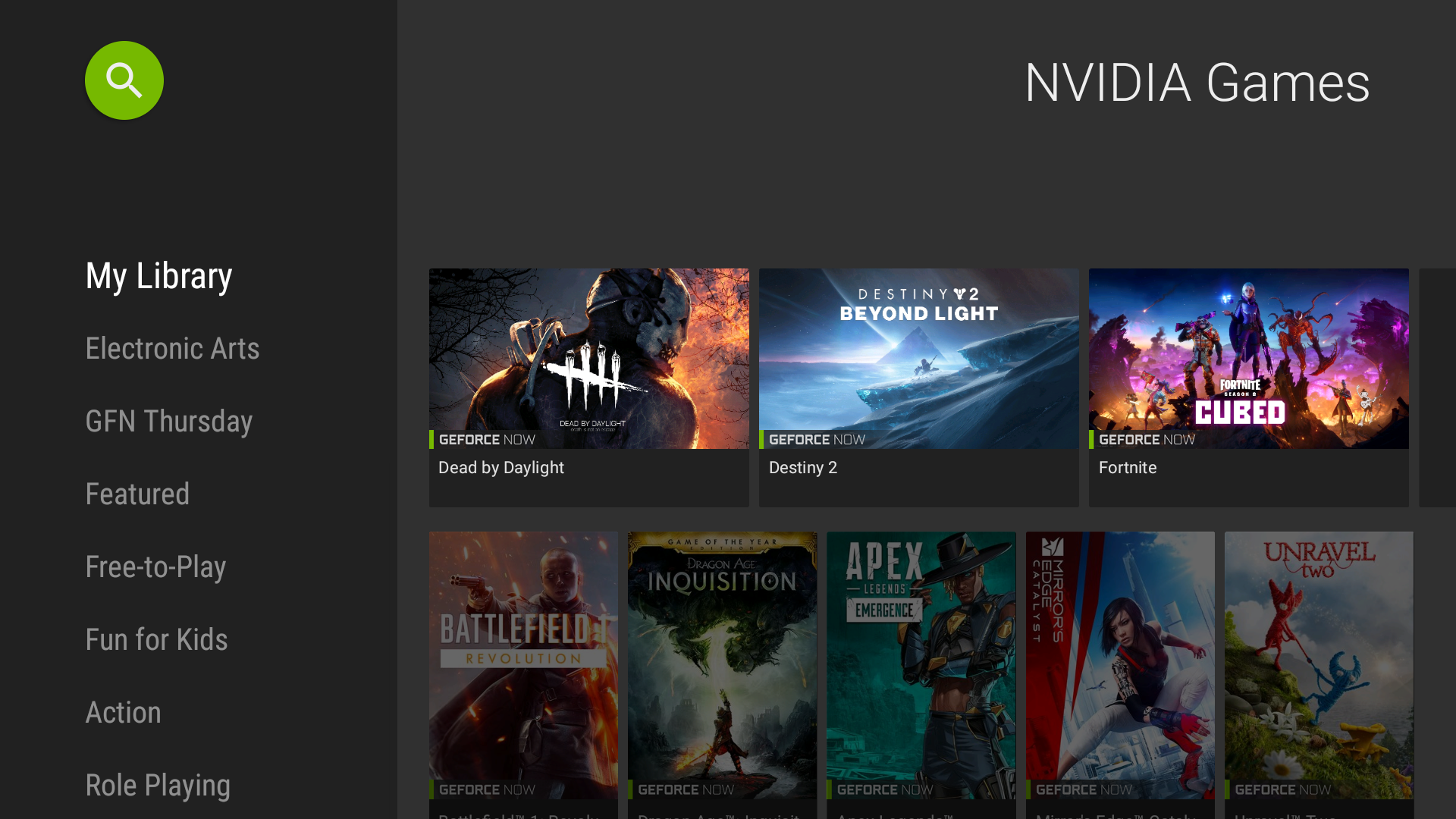 Cloud gaming, also know as gaming-on-demand, is one of the most exciting and sought after innovations in recent years.  The terms ‘cloud gaming’ comes from the idea that the user plays video games through remote servers, which are then streamed onto their device such as phones, tablets or TV’s.

For example, you could be playing Dead by Daylight via GeForce NOW on your TV, but then decide that you want to play it on your phone. Cloud gaming allows you to do this without losing any progress you made on the TV… well, unless you forgot to save the game, then there’s much you can do there really.

Another and more familiar comparison would be comparing it to video-on-demand services like Netflix, Disney+ or any other services that supply videos from the cloud onto a users device.

To conclude, cloud gaming is the future of gaming, without a shadow of a doubt and it’s evident through the number of users moving across from consoles to the platforms listed above.

An even bigger sign of its growth is the incorporation of cloud gaming services from top console creators like Sony and Microsoft through their consoles PlayStation and Xbox, the prior currently undergoing redevelopment and the latter only released over a year ago.

This website uses cookies to improve your experience while you navigate through the website. Out of these, the cookies that are categorized as necessary are stored on your browser as they are essential for the working of basic functionalities of the website. We also use third-party cookies that help us analyze and understand how you use this website. These cookies will be stored in your browser only with your consent. You also have the option to opt-out of these cookies. But opting out of some of these cookies may affect your browsing experience.
Necessary Always Enabled
Necessary cookies are absolutely essential for the website to function properly. These cookies ensure basic functionalities and security features of the website, anonymously.
Functional
Functional cookies help to perform certain functionalities like sharing the content of the website on social media platforms, collect feedbacks, and other third-party features.
Performance
Performance cookies are used to understand and analyze the key performance indexes of the website which helps in delivering a better user experience for the visitors.
Analytics
Analytical cookies are used to understand how visitors interact with the website. These cookies help provide information on metrics the number of visitors, bounce rate, traffic source, etc.
Advertisement
Advertisement cookies are used to provide visitors with relevant ads and marketing campaigns. These cookies track visitors across websites and collect information to provide customized ads.
Others
Other uncategorized cookies are those that are being analyzed and have not been classified into a category as yet.
SAVE & ACCEPT